Promoting your MBA Rankings: Lessons from the Red Carpet

All this anticipation and nail-biting is just like a scene from the higher education equivalent of awards season. Each time a media ranking is published MBA admissions officers take a deep breath and click on that “virtual envelope” in their inbox.

Here are some tips on promoting your media rankings, no matter what the result, that come straight from the red carpet in Hollywood. 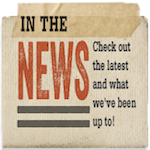